What started as a side hustle making Christmas ornaments from oyster shells has quickly become some of the most sought-after, must-have original Gulf Coast artworks.

“In 2018, I was painting oyster shells as ornaments and selling them through Facebook,” said Chelsey George, owner and creator of Chelsey George Art. “After Christmas, I had a ton of shells left over and decided to play around with them. I accidentally made what looked like a flower and after that, I decided to try and perfect the magnolia.”

George then dedicated the entirety of 2019 to her oyster shell art.

“I wanted people to be able to look at one and know it was made by me without even looking for a name,” she said.

“I went to Michael’s and bought a beginner’s acrylic paint set and started watching painting videos online,” she said. “My favorite things to paint are bayous. I grew up on a bayou in Pascagoula and spent many evenings watching the sunset over the marsh. I have always been very crafty. I spent a lot of time in the bayous around Pascagoula and out at the barrier islands and would always find things to make some type of art for my parents. That hobby has always been there, but just in the last three years it has turned into a passion.”

George credits her mom for pulling her out of a rut and giving her the original Christmas ornament idea which has evolved into a thriving art business.

“I was very down, and struggling to find myself,” she said. “I have three daughters and I dedicated all of my time running them to sports, school events, and doctors. And while I love being a mom and having the opportunity to raise these beautiful girls, I felt lost.”

That’s when her mom showed up at her house with that bucket of shells she drilled for ornaments and said, “You need to get off of your (expletive) and do something you enjoy.”

“That’s what started all of it,” George said. “If she had not brought those shells that day, Chelsey George Art would not exist.”

Originally, George’s Facebook shop was called “Chelsey Sells Seashells,” but after she picked up painting, she renamed it “Chelsey George Art.”

And she’s so excited to see what her future holds.

“Three years ago I did not see myself being able to paint as I do now,” she said. “So hopefully in five years, I’ll also be saying ‘I had no idea I could do this.’”

Just in time for pumpkin season, George is making oyster shell pumpkins. She’s even asking her followers on social media for their opinions on colors, glosses, and glazes. To get in on the conversation or to purchase some of George’s art, click here. 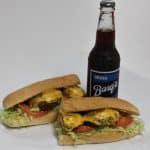 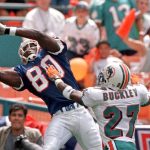