As the end of the year approaches that can only mean one thing—Christmas movies.

And the Magnolia State has quickly become not only a flick-making location but a holiday movie filming destination. There have been at least three Christmas movies filmed in Mississippi in recent years that highlighted the state, including one that has a cameo from a Gulf Coast mayor.

The most recent Mississippi-filmed holiday movie stars Patti LaBelle, Keshia Knight Pulliam, and Brad James. The title might state New Orleans, but it was partly filmed in Natchez and features numerous Mississippi locations.

A New Orleans Noel premiered on Lifetime on Dec. 3 and is now offered on numerous streaming services.

The feature-length movie depicts Grace Hill (Keshia Knight Pulliam) and Anthony Brown (Brad James) as a pair that could not be more different. Despite having gone to college to study architecture together, their lives took them on completely separate paths.

They are both hired to work together on the home of Loretta Brown (Patti LaBelle) who is a New Orleans praline icon. The two find themselves stuck working together at Christmas and butting heads over more than just architecture.

When Anthony and his family discover that Grace will be celebrating Christmas alone, they invite her to take part in their traditions and their celebrations. Soon, fiercely independent Grace begins to learn the importance of family and community, while modern Anthony learns to embrace tradition and the magic of Christmas.

And when Grace is offered a new job far away from New Orleans, she’ll have to decide if she’ll leave or follow her heart.

A New Orleans Noel is sure to be a Christmas classic with lots of Mississippi and Louisiana scenery.

Every Time A Bell Rings

Three sisters reunite in their hometown of Natchez after their father dies and it turns out, dad planned one last scavenger hunt for them to find the family’s wooden wishing bell—an annual holiday tradition. As they search for clues their bond is rekindled and they find hope and healing.

Check out this Natchez classic on your favorite streaming service.

In 2017, Lifetime gave us Christmas in Mississippi which follows photographer Holly Logan (Jana Kramer) as she returns to her hometown of Gulfport for Christmas.

The city is resurrecting its traditional holiday light show for the first time since a terrible hurricane struck five years earlier. Holly volunteers to pitch in, but soon has second thoughts when she discovers the festival is run by her high school sweetheart, Mike (Wes Brown).

Now Holly must spend the next few days with the man who broke her heart. With the help of Caroline, her match-making mother, and Mr. Kriss, the kind man who will play Santa in the town’s celebration, Holly begins to fall in love with her hometown, and Mike, all over again.

The film also stars Faith Ford, Barry Bostwick, and Richard Karn, and features the song “Mississippi Christmas” which was written and performed by Gulfport Mayor Billy Hewes. The mayor also makes a couple of cameos in the movie.

It was filmed entirely in Gulfport and there are scenes shot at the Gulfport Harbor Lights Festival in Jones Park, Fish Bone Alley,  the former Triplett-Day Drug Co., and the Island View Casino Resort.

Re-live the magic of Holly and Mike’s holiday adventures in Gulfport on your favorite streaming service.

What used to just be the domain of the Hallmark Channel seems to have spread to almost every network and streaming service—making it such an easy trip down the holiday-themed romantic movie rabbit hole. That includes the new Lindsay Lohan Christmas movie on Netflix with a Mississippi connection.

Lohan’s handsome co-star in Falling for Christmas, Chord Overstreet, is the son of GRAMMY-winning country musician and songwriter Paul Overstreet, who is from Vancleave and sings throughout the state.

So there it is, can’t miss Mississippi Christmas movies, and even if the last month of the year still means an occasional balmy temperature and a complete lack of snow, there’s still movie magic to enjoy this holiday season.

Now curl up on the couch with a cozy blanket, and a favorite hot beverage, and settle in for a night or afternoon of watching some of the most popular Christmas streaming movies. Luckily, these really great ones were filmed right here in Mississippi. 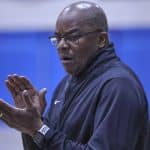 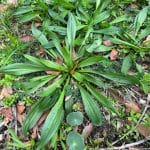