In general, I am against culinary shortcuts. I am fond of saying that every shortcut you take diminishes the goodness of what you are trying to make. Mediocracy is just not my thing, but I do have to be pragmatic, sometimes it is just not feasible to make everything from scratch.

In my youth, most of the shortcuts available to us today were just not available: canned ravioli, spaghetti and meatballs, prepared foods that you can find in the refrigerated section of the grocery store, like mac and cheese, pulled pork, and a world of frozen foods, like pizza, TV dinners, Asian entrees, and even French fries. But times certainly have changed.

So, what shortcuts will I tolerate? I was against canned beans until I heard Anthony Bourdain say that they we just fine if you rinsed the salty goop off. I tried it and had to admit they were OK. A bit overcooked for my taste, but good in a bind. Lyle Bonge, one of my best friends/teachers, had a technique for making dried red beans in a pressure cooker that were very good. He also made a delicious bread pudding in the pressure cooked. No kidding!

Bourdain also suggested adding a dollop of tomato paste to a veal or brown sauce just to hurry it along. That seems OK too. But canned or packaged sauces are most often dreadful.

I have never found canned greens of any sort that I thought were good. If you are in a hurry, try frozen, but canned are always mushy. I know many will disagree with this one, but I have never found a frozen pizza that I thought was eatable. Even Rouses’ imported frozen Italian pizza I find lacking. So, what can you do to have a decent pizza in a rush? Try making your pizza on crusty French bread or go to your favorite bakery and ask to buy uncooked dough. Just roll it our yourself, bake it, add sauce, cheese, and salami, toss it back in the oven for a few minutes and you are good to go.

One shortcut I will never take is fast food. I haven’t eaten fast food for more than 20 years, maybe longer. I did try a famous chain burger place a few months ago and couldn’t eat it. There is an unpleasant metallic taste that I just couldn’t get by. My guess is that fast food people are so used to it, they just don’t tase it.

Did you know that some people eat fast food three times a day? What a dreadful diet. I’ll bend my principles when I am in a hurry, but I am never going down that road. 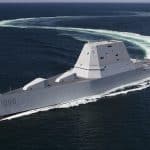 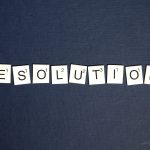