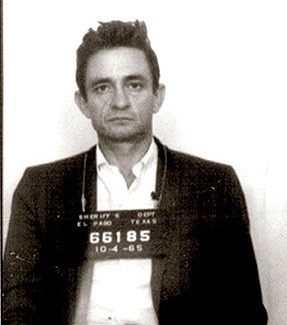 Everybody loves a good “did you know” story, right? Mississippi is full of folklore and stories that have been passed on for generations, it’s part of our culture, and it’s one of the reasons why we produce so many talented writers and musicians.

Starkville is known for a lot of things, Mississippi State University, agriculture, and national championships, to name a few. The town has its place on the map in the Magnolia State. However, did you know that Johnny Cash was arrested in Starkville, Mississippi, for picking flowers in 1965?

On May 11th, 1965, after a performance at Mississippi State University, Mr. Cash had too much to drink and started picking flowers out of a resident’s yard. He was later arrested for public drunkenness (and picking flowers from personal property).

“The Man in Black” got so angry about being locked up that he kicked his cell door until he broke a toe. Upon his release, Cash gave his shoes to a 15-year-old cellmate, saying, “Here’s a souvenir. I’m Johnny Cash.” (Rolling Stone Magazine)

He recalled this story four years later before singing “Starkville Jail” to the inmates of San Quentin Jail.

In typical Johnny Cash style, “You wouldn’t believe it, one night I got in jail in Starkville, Mississippi for picking flowers. I was walking down the street… and uh, you know, going to get me some cigarettes or something. ‘Bout two in the morning, after a show. I think it was. Anyway, I reached down and picked a dandelion here, and a daisy there as I went along, and this car pulls up. He said, ‘Get it the hell in here, boy; what are you doing?’ I said, ‘I’m just picking flowers.’ Well, thirty-six dollars for picking flowers and a night in jail. You can’t hardly win, can ya? No telling what they’d do if you pull an apple or something… I’d like to get back at the fella down in Starkville, Mississippi… that still has my thirty-six dollars.”

Cash actually spent the night at the Oktibbeha County Jail and was released after paying a $36 fine. Cash was symbolically pardoned at the city’s Johnny Cash Flower Pickin’ Festival in 2007, and his $36 was given back to his daughter, Cindy.

Mayor Lynn Spruill stated, “I’m so delighted that Mr. Cash did not realize it was the Oktibbeha County Jail.That wouldn’t have been a good song. I’m delighted that he called it Starkville. We got a name out of it, and out of this, we get this wonderful event for one of the trail markers. I’m so excited because it will bring people to town and be a part of our community even if they’re just visiting.”

Johnny Cash was not the outlaw he often sang about. However, he spent the night in “Starkville Jail,” which is something to sing about! 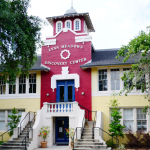 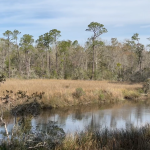