One of USM’s most notable Honors College programs is the Honors Colloquium Class. This class is required to be taken by Honors Scholars and shares a common theme, this year’s being progress. Among these common themes are several subcategories. One of these is “Are We There Yet?” – a class speaking about the concept of success and the destination to which we are headed (if there is one).

Dr. Steedman, the instructor for this course, wanted to experiment on the first day of class. Instead of going to our typical classroom, we met in the library’s art gallery. At this point, we only had a vague sense of direction for what was going to happen. Here’s what we did know: it was not going to be like a typical class, we were not going to have to turn anything in, and we were going to have to do some serious self-reflection.

As preparation for this activity, the students were instructed to read an article, which spoke about the modern school system and their relationship with the passion and soul of students – namely, the lack thereof.

Once our professor arrived in the room, he handed out large sheets of paper for us to write on, and then turned on our exercise, which we listened to in the form of a podcast. Steedman informed me that it was Open Master’s Wayfinder Activity.

It was very calm, very soft-spoken, and “very Californian.” We were instructed to draw a target on our large piece of paper, and separate it into four sections, each with their own label: head, heart, kin, and hands. Put very simply, the “head” section was for our traits, the “heart” section was for our aspirations, the “kin” section was for people, and the “hands” section was for our actions. We were told to write several different things in these categories, but the main concept was along these lines: “what we are, what we want, and what we do not want.”

What we are fell on the target, what we want to be fell closer to the bullseye, and what we do not want was littered on the outskirts of the target. Overall, we ended up with an honest picture of our goals and aspirations. Most importantly, we ended up with an idea of why we are in college in the first place. We mapped out which habits are healthiest and which should be gotten rid of over the course of our education.

We received no grade and no paper was collected. This was simply a reflection of oneself – beginning the journey of learning from the inside out, rather than having a bunch of materials thrown at you from the outside in. He informed us that we could do with our papers as we please – throw it away, keep it for reference, or whatever else. The important thing was that the exercise was done, and for those 90 minutes, we only thought about why we made the decision to come here.

This being in the first week of classes, I can confirm that it is different from how the class is usually run. Usually, it is discussion based. On the first day of class, there was hardly any speaking (that wasn’t from the Wayfinder Activity). Having been in the class for a few weeks now, it becomes evident how the exercise was an experiment.

I sat down with Steedman to talk a bit more about this exercise for the article. I knew this was his first time trying this exercise, so I asked him to speak more about it. In response, he told me that he actually had been researching this Wayfinder Activity since last summer. Unfortunately, he was unable to do it with the previous class, so we became the first experimenters.

“The criticism of education was compelling,” Steedman replied when asked why he decided to have us do this meditation. In the article that he shared with us and the exercise, itself, a common theme is the importance of one’s own motivations and mental state. As said in the article that we read in preparation for the class, “To cultivate soulful leaders, we need learning communities that listen to the soul.”

When asked more on the purpose of the exercise, Steedman clarified that “the purpose is to help you, as students, see why you are here.”

The last two questions that I asked were definitely the ones that required the most thought. First, I asked Steedman if he considered the experiment a success. He explained that he did see it as a success, but he really could only base his decision on feedback from the students. The feedback being positive suggested a positive outcome, overall. Lastly, I asked Steedman if he has been able to notice a difference in his students after doing this activity. He replied that this was a hard question to answer, then explaining that, if there has been a difference, it would not be visible. He would likely not even know that there has been a difference in the students because the difference would be an internal rather than external difference: “The difference is in how they approach education.”

I believe that the summarization of this exercise was best said by Steedman on the first day of class. He closed class that day by saying: “The purpose of this exercise is to see where you are and where you want to be… and if college is not helping you do that, you should be making a fuss about it.” 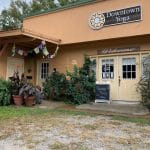 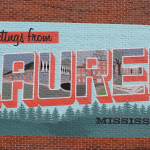