Before Elvis Aaron Presley was the greatest cultural icon of the 20th century, he was just a Tupelo-Mississippi boy with a Biloxi girlfriend.

On the cusp of fame in 1955, the King of Rock and Roll met June Juanico. The 20-year-old Elvis had an aw-shucks charm, impeccable southern manners, and an easy yet irresistible sensuality. They shared a passionate romance up and down the Gulf Coast for more than a year, and even discussed marriage at one point.

Juanico was 17 when she met Elvis at one of his shows at the airmen’s club on Keesler Air Force base in Biloxi. Still dripping with perspiration after gyrating wildly on stage in what would become his trademark pelvis-thrusting style, he plucked her from the crowd and asked her to show him around the town. That was the beginning of their whirlwind romance that included skinny dipping at the now-Gulf Hills Hotel and Resort in Ocean Springs.

“When I think back on the fun, innocent, sweet unbelievable time we had, I am blessed. I was totally in love with this man,” Juanico said.

They took a drive down to the gulf waters, and Juanico showed Elvis where people would catch flounder. They walked on a Biloxi pier under an illuminating Mississippi moon, and Juanico said he was the most beautiful boy she had ever seen and instantly fell in love with him.

They watched the sunrise while parked in front of Juanico’s family home, talking until 6 a.m. He was shocked to learn her parents were divorced and expressed he felt marriage was a lifelong commitment. He also told her about his twin brother, Jesse Garon, who was stillborn.

Shortly after recording “Hound Dog” and “Don’t Be Cruel” in a Memphis, Tenn. recording studio, Elvis and his parents vacationed for three weeks in Biloxi with Juanico’s family. She was marked by history as the only woman to gain the approval of Elvis’ mother, Gladys.

Juanico thought Elvis had vanished from her life after spending time with him and his parents.

“It turned out he was calling, and my older brother wasn’t bothering to tell me,” she said. “My brother finally told me some guy with a hillbilly accent called. For the one and a half years I dated him, our relationship remained chaste. He was just very tender and considerate. We spent so much time together, and we started talking about marriage. Mrs. Presley liked me. She saw me as domestic and wise for my young years. She was always telling me that Elvis needed someone to take care of him.”

But, Elvis was becoming more famous, and his manager Colonel Tom Parker wanted him linked with actresses and Las Vegas showgirls. Parker said we could not be married immediately without ruining Elvis’ career and then added we would have to wait at least three years. Elvis asked her to wait for him.

Seven months after completing the movie “Loving You” Elvis had something amazing to tell Juanico and asked her to meet him during his train layover in New Orleans. Doubting Elvis would be faithful to her and fearing he was about to ask her to run away with him, she met him in his private train car and explained she was engaged and planned to marry someone else. Elvis cried as she left, and she never saw him again. The following day, newspaper headlines read: ELVIS BUYS GRACELAND.

“I went over to the television and fell to my knees,” Juanico said. “I couldn’t breathe. I honestly think if my mother had not been with me I might have died. In my heart, I always thought Elvis and I would be together somewhere down the road. I’ve just never been able to stop loving Elvis.” 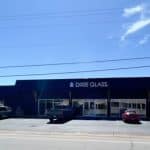