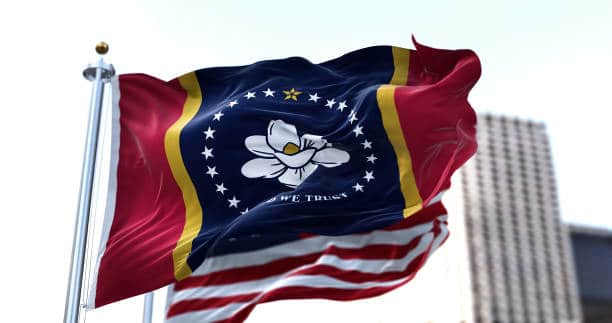 The Magnolia State is known for many things.

An uber famous river. Dedicated sports fans. Tons of Civil War re-enactments with warm, friendly people. The state has been credited with starting the national holiday, Memorial Day. It’s the birthplace of the teddy bear, Barq’s Root Bear, and of course, Elvis. (Yep, we are still taking credit for the King of Rock and Roll, and probably always will)

But, did you know these products you use on a weekly, maybe daily, bases started in the  Hospitality State?

Pine-Sol is one of the biggest selling household cleaners and was invented in Jackson. Harry A. Cole, Sr. is the chemist who invented the cleaner and disinfectant in 1929. He was inspired by the many pine trees growing around his home.

The Viking Range Corporation was founded by Greenwood native Fred Carl, Jr. in the 1980’s and brought professional cooking into the home. The company’s corporate headquarters and manufacturing plant are still located here.

One of the very oldest games in America is stickball. The Choctaw Indians of Mississippi played the game as far back as 1729, and demonstrations can be seen every July at the Choctaw Indian Fair in Philadelphia.

HAVE A COKE AND A SMILE

Coca-Cola was created in Atlanta, but at first was only available as a fountain drink. It wasn’t bottled until 1894, in Vicksburg.

Borden’s Condensed Milk was first canned in 1857 in Liberty.

BELIEVE IT OR NOT

National Geographic magazine has been printed in Corinth since 1976.

NO SNOW, NO PROBLEM

Aiming to make life a bit easier, David Harrison of Columbus patented the soft toilet seat, which is obviously much appreciated as 1 million are sold annually.

Famed hat maker John B. Stetson learned and practiced his craft at Dunn’s Falls near Meridian after the Civil War, and forever changed the hat-wearing game.

IT’S NOT EASY BEING GREEN

Greenville is the birthplace of Jim Henson, the creator and voice for Kermit The Frog. Kermit was first created by Henson in Leland where he played as a kid.

DO THOSE COME IN PAIRS

The concept of selling shoes in boxes by the pair originated in Vicksburg at Phil Gilbert’s Shoe Parlor on Washington Street.

This seems so simple, yet where would we be without it? Apparently, Oliver Pollock realized the need for the dollar sign and came up with it in the late 1700’s. And while Pollock isn’t from Mississippi, he did move to our great state in the 1800’s and stayed until his death, so we’ll consider him an honorary Mississippian.

Around 60 percent of the country’s farm-raised catfish comes straight from Mississippi. Belzoni even has a Catfish Museum to honor the whiskered unofficial state hero.

Whether you love them or hate them, you can thank Fred Smith of Marks, Mississippi for FedEx. The now-regarded successful entrepreneur did not always know if the business would make it. At one point, he took the company’s last $5,000 to Vegas in hopes of winning enough to keep FedEx afloat. He won $27,000, and the rest is history. 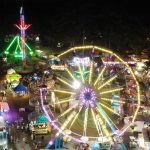 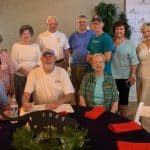