October is definitely a gumbo month, although I’d like to see it just a bit cooler. Making gumbo in a summer-time hot kitchen just doesn’t seem right. But it certainly is just fine to start talking about it. So, let’s get one thing straight from the beginning, gumbo isn’t a recipe, it’s an opinion. I know the gumbo makers out there are rolling their eyes: what does this guy know about gumbo. Am I right?

I have never met a gumbo maker that didn’t think their gumbo recipe was the best one ever, and seldom have I met a gumbo maker that was willing to entertain a suggestion or two to improve their recipe. But really, chill out and at least listen to a few different ideas. What I am going to tell you are not just my ideas, I have been talking to some pretty impressive chefs for years and have learned a thing or two about making gumbo that just might help you out.

Let’s start with the holy trinity of onions, bell peppers, and celery. Please do not make the TV mistake of tossing them around in a pan with a little oil for a few minutes and then adding roux. Stop for just a minute: think about a raw onion, and think about a deep brown onion that has been slowly caramelized for French onion soup. That is the range of flavor that an onion has. At which end of the spectrum does the onion have the deepest, most delicious flavor profile? That’s the reason you should cook the vegetables for a minimum of 20 minutes. 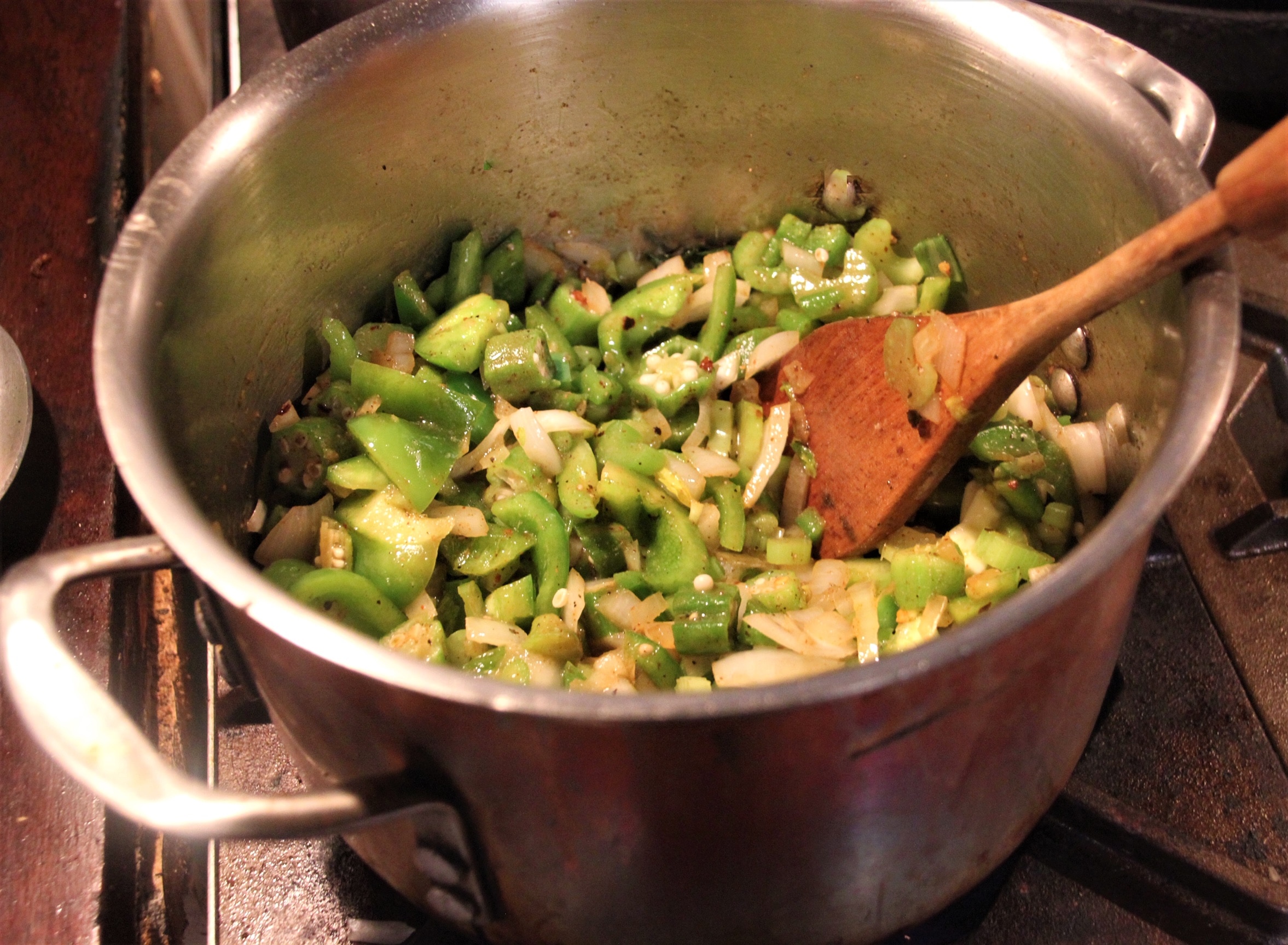 So, you can see, that if you add the roux too soon, it would burn before the vegetables are done. Don’t do it! I like to get the veggies right first, then add stock (more on that later). Let it simmer for a while, hold hands as they say, then make the roux separately, whisk in and simmer some more.

Now, just a few notes on seasoning. I really like the popular Creole seasonings, like Tony’s. Most do have quite a bit of salt, so do not add any additional, it would be too much. Remember to season as you go, don’t add it all at once. Besides the Creole seasonings, all I add is a pinch or two of red pepper flakes. I think the spice adds depth and makes it just a bit sharp. Sometimes I’ll add a grind or two for fresh black pepper, but that is it.

Next time I want to talk to you about homemade or at least fortified stock, and adding the seafood. I’ll also add a word or two about using local ingredients, as best you can, including rice.

Are you still with me? 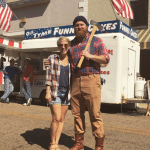 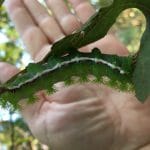