A $54.3 million grant will jumpstart safety for travelers and bring new jobs on a lengthy stretch of the Natchez Trace Parkway.

The funding serves as a key investment that will resurface, restore, and rehabilitate the pavement condition of 83 miles of parkway, improve safety by installing audible pavement markings and meet the transportation needs of multiple underserved communities.

“Through President Biden’s Bipartisan Infrastructure Law, we’re now modernizing more of the infrastructure that creates opportunity in tribal communities,” U.S. Transportation Secretary Pete Buttigieg said. “Today, we’re proud to award over $54 million to resurface, restore, and rehabilitate over 80 miles of the Natchez Trace Parkway in Mississippi, making it safer and more resilient for all those who rely on it.”

“Millions of visitors travel along the Natchez Trace Parkway each year and support economic activity in the surrounding areas,” said Acting Federal Highway Administrator Stephanie Pollack. “The grant we’re providing to the National Park Service will bring safer travel and better access to recreational opportunities and natural and cultural resources along this parkway and help create good-paying construction jobs to get the work done.”

The Federal Highway Administration has worked closely with the National Park Service to improve infrastructure in and around national parks such as the Natchez Trace Parkway for decades. That partnership has grown since the passage of the Great American Outdoors Act 2020, which provided funding to improve and expand recreation opportunities in national parks and other public lands. The program provides federal funding for the construction, reconstruction, or rehabilitation of multi-modal transportation facilities that are situated within, adjacent to, or provide access to federal or Tribal lands.

A key element of these efforts is the Department’s recently announced Safe Streets and Roads for All grant program that will provide $1 billion to support regional, local, and Tribal plans, projects, and strategies that will prevent roadway deaths and serious injuries. The program supports the Department’s National Roadway Safety Strategy and goal of zero deaths and serious injuries on our nation’s roadways. 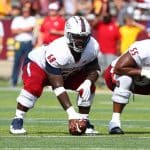 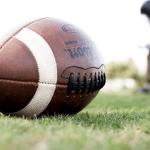