For just the second time ever, Jackson County is home to a pair of state champions in prep baseball.

And also for the second time, East Central High played a big part in that championship equation.

The Hornets rolled past Neshoba Central Thursday night 7-3 in game two of the Class 5A Mississippi High School Activities Association state championship round. The win, combined with Tuesday’s late night 3-2 walk-off decision over the Rockets, gives East Central its third state title in school history and first since 2008.

Both the Hornets (Class 4A) and Ocean Springs High (Class 5A) brought the state title hardware home to the most southeastern county in the state 14 years ago (2008).

Also on Thursday, Resurrection Catholic School won its first ever state baseball championship in school history making the Eagles and Hornets title winners this year. All games in the best of three series took place at Trustmark Stadium in Pearl, home of the Class AA Mississippi Braves minor league team.

“I’ve always said that Jackson County has a rich history of baseball at all age levels but especially in high school baseball,” RCS head coach Johnny Olsen said. “And there is some great baseball played all over the state of Mississippi, but I’d put the level of play in Jackson County over the years up with any other county in the state. And obviously, that high level of play is still in effect today as well.”

And the numbers back up Olsen’s claim. Resurrection became the fifth high school in Jackson County to win a prep state baseball championship over the past four decades. In that time span, RCS, Pascagoula, ECHS, OSHS and Vancleave have all carried the state championship trophy back home after wins in the Jackson area. When considering that Jackson County is home to just eight MHSAA schools, now over half have won state titles.

That run started with East Central’s first title in 1981 and continued with Pascagoula’s state title in 1983 (Olsen was an assistant coach on that team). Also included in the recent run are two more titles by the Panthers in 1996 under Olsen and 2012 under Richie Tillman.

Ocean Springs won the only state title to date for the Greyhounds in 2008, the same season ECHS was securing its second crown. Vancleave joined the elite company in the county in 2018 when the Bulldogs won the Class 4A crown.

Before East Central’s title in 1981 in what was then Class A over Hollandale Simmons, it had been 13 years since a Jackson County school captured a state crown when Pascagoula won back-to-back titles in 1967 and 1968.

It’s also been very much a family affair for East Central over the past 40 years in the Hornets’ flight to the state title. The 1981 crown came with Rocky Long at the helm of the Hornets. In 2008, Gary Long, who was a standout player on the 1981 team and Rocky’s first cousin, was the ECHS head coach. And the current Hornet head coach is Bo Long, who is Gary’s nephew. 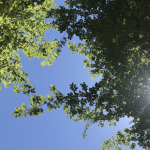