If you haven’t heard of JaxCoHome already, it is worth checking out to get your good news updates for Jackson County. In the two years since its fruition, JaxCoHome has gone from a website to a digital app so that no matter where you live, you can stay up to date with everything Jackson County has to offer: from local news, events, business spotlights, tourism, and so much more.

JaxCoHome was originally created as a project by Chevron Pascagoula Refinery to showcase all the amazing things Jackson County has to offer. It was first headed by Ad-In Advertising based out of Ocean Springs then, after a year, reached out to Jamey Foster of Digital Coast Media to take over the project. The site has evolved into the premier good news hub for all of Jackson County and has been operated out of Foster’s home office or anywhere that offers wifi. Mr. Foster is an active community member including the Jackson County Chamber of Commerce, Pascagoula Kiwanis, Ocean Springs Rotary, and PRAM.

“I was honored to be asked by Chevron Pascagoula Refinery to head up such a great project,” Foster, who’s title is Content Director. “I believe in that today’s world of news, taking a positive approach to showcase a place like Jackson County, Mississippi is imperative. There is so much we have going on here that doesn’t get talked about enough. It’s my belief that JaxCoHome is becoming the go-to “good news” source for our neck of the bayous.”

Through talks with the Pascagoula Redevelopment Authority (PRA)  and Foster, it was decided that Anchor Square would make the perfect home for JaxCoHome in addition to the other businesses that thrive there. “We’re very happy to have JaxCoHome come to Anchor Square,” said Alice Walker, who serves as Chairman of the Pascagoula Redevelopment Authority. “What a great fit for this local business incubator – a small business that is 100% about promoting what’s going on in Jackson County!” she said.

The City of Pascagoula and the PRA have greatly advocated for JaxCoHome, as well as Merchants and Marine Bank who graciously offered to furnish the office space. “I’m proud of the work the Pascagoula Redevelopment Authority is doing with Anchor Square, our local small business incubator, attracting quality tenants, ” said Mayor Dane Maxwell. “JaxCoHome is known as a reliable and timely source of local news and information. I think the energy Jamey Foster and his team have brought to JaxCoHome they will bring to Anchor Square. We’re proud they’re making their home in Pascagoula,” he said.

“People want good news says, Foster. “We live in an absolute gem on the Mississippi gulf coast. There is a lot to be thankful for living, working, and playing in a place like Jackson County. My main goal with JaxCoHome is to tell our story like it needs to be told.”

As a contributing writer, I myself can say that it has been a privilege to be part of a network that focuses on the positive. Too often when we check the news on whatever platform we use, it seems as if the world has gone crazy. To have somewhere we can go to get a reprieve from all the bad news is refreshing.

JaxCoHome has a small team of writers and anyone is encouraged to contribute to the site for free. 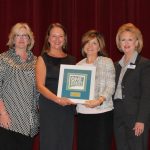 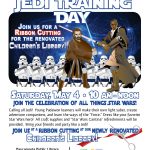