As much as I wanted to include somebody like Ron Polk, Boo Ferriss, or Margaret Wade in order to have multiple sports represented, football undoubtedly rules in Mississippi. Steve “Air” McNair may not have enjoyed as long of a career as the likes of the others on this list, but his effect on the game is indisputable. Paving the way for the dual-threat quarterback, McNair’s playstyle inspired many of today’s greats, including Patrick Mahomes, Lamar Jackson, and Cam Newton. McNair was not only the highest selected player from an HBCU in NFL history after a mythical career at Alcorn State, but he was the first-ever African American to win the NFL MVP Award. Over the course of his career, McNair totaled 34,894 yards and 211 touchdowns.

Interesting fact: After almost not coming back for his final year at Alcorn, McNair decided to do so, and it ended up being arguably the best season in FCS history (6,281 total yards and 56 touchdowns in 12 games). 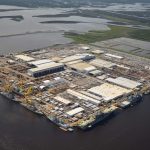 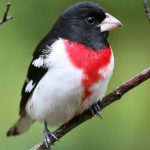