Photo courtesy of Chad Knight and the Pork Rock Fest.

Instead of Laurelpalooza this fall, a new festival will take place in The City Beautiful.

Pork Rock Fest ’22 will offer great food, drinks, and local music this Saturday, September 10 beginning at 6 p.m. Free for all ages, come early and be prepared for a full night of fun. The music kicks off with a local favorite in Jeff Aplin.

Aplin explains that his music repertoire was influenced by greats such as the Beatles, Three Dog Knight, Fleetwood Mac, and Billy Joel.

“ helped cultivate my love for music, especially anything that was guitar and/or piano-driven,” Aplin said. “Those early influences eventually led to a love for music that had a little more of an edge to it. I play mainly acoustic versions of songs that influenced me and that I grew up with.”

Aplin, who takes the stage as soon as the festival begins, will be followed by Paul Johnson at 6:30. Johnson is one of south Mississippi’s top rock n’ roll singer-songwriters.

“I grew up on rock n’ roll and country music,” Johnson said. “My sense of place is God, family, and hometown. I want to tell the stories of rural America – the forgotten, the underrepresented, hard-working, rugged individuals that I call family.”

The main stage will be located inside Texas PitMaster BBQ on West 5th Street. For more information on Pork Rock Fest ’22, click here. 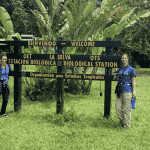 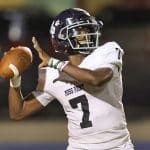