Chef Josh Mitchell is one of those chefs that came up through the ranks, but not in just any ordinary restaurant.

Mitchell started in the kitchen of Kelly English’s Magnolia House at Harrah’s Casino Biloxi washing dishes, but under the tutelage of Chef English (2009 Food and Wine Magazine’s Best New Chef of the Year), and years of hard work, he rose to the rank of executive chef. So, when chef of his caliber opens a new restaurant, foodies all over the Coast should take note.

The restaurant is located in the welcome center of the Ohr-O’Keefe Museum of Art on Highway 90 in Biloxi. It’s a large space, with high ceilings and lots of glass, so the vibe is open and airy. Before or after you dine, check out the Frank Gerry-designed campus, including five pods, each with a different exhibit and the exhibition space on the second floor.

The surrounding grounds are being landscaped, with many of the plants chosen because they were once used by the Native Americans who had a village here before the arrival of the Europeans in 1699. The Biloxi Indians called themselves the Taneks, Biloxi being a name neighboring tribes used to describe them. They lived on the Gulf Coast for more than a thousand years, before being displaced by the Europeans. The grounds also include an extensive community garden, with herbs and vegetables, much of which are used in the Trinity Café. 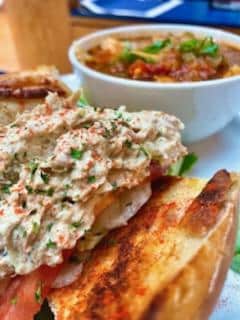 The menu is small but covers all the bases that a café in Biloxi should have (Chef Josh was born and raised in Biloxi, so he knows his way around local cuisine). There is a good selection of po-boys, including tuna salad, roast beef, and fried shrimp. The café specialty po-boy is the classic French jambon beurre, made with deli ham, brie cheese, and locally baked French bread. There is a pasta dish on the menu, a killer good burger, wings, with an assortment of flavors, fries, sweet potato fries, coleslaw, and salads.

Trinity Café is a great place for a lazy lunch, or an afternoon snack, with a cold beer or a glass of wine. The patio has a view of Highway 90, the Biloxi channel and Deer Island beyond and, in the summertime, has the best view of a spectacular sunset.

For events and hours of operation, make sure to check out the Ohr-O’Keefe Museum’s website. 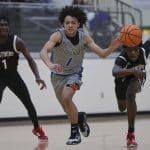 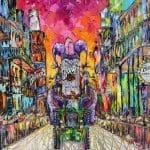