The program will be held on Monday, November 11 at 11 a.m. at the Veterans Memorial Monument, which is located in downtown Moss Point.

Events like these are important, in Overby’s opinion, to remind everyone of the sacrifices that others have made.

“I think for the younger folks, in particular, it’s a reminder that freedom is not free,” Overby said. “People actually have to go out and represent our country in the field of battle a number of times to ensure that our freedom is maintained from aggressors.”

“It’s very important for us to highlight what our veterans have done for society and to recognize them because it is a big sacrifice for them,” he added.

Overby counts it an honor to be involved with the Veteran’s Day program and is excited about the opportunity to speak.

“They need to come out and see what we are doing for veterans and see those people who served and gave their time, blood, sweat and tears and also remember those who gave their lives for our country,” Overby said. “It’s an honor for me to be involved in this program. I’m very excited about speaking. It humbles me when I meet our veterans and hear their experiences and what they had to go through.”

Overby, who now serves as assistant superintendent of Moss Point School District, has had an extensive career in education and the military.

The Pascagoula High School graduate earned his bachelor’s degree in history at the University of Southern Mississippi, where he joined the Reserve Officers’ Training Corps (ROTC). He earned his master’s degree in school administration from William Carey University.

Overby retired as a Lieutenant Colonel from the U.S. Army Reserve in 2016.

Overby lives in Ocean Springs with his wife Beatrice Wangu Githui. They have three children, Andee, Alexander, and Christian.

The Veteran’s Day program is open to the public. Residents are invited to join in the celebration recognizing local veterans of all wars and active-duty personnel by bringing American flags to wave in support.

Following the program, food and displays will be available for attendees on the lawn next to the monument.

In the event of inclement weather, the program will be held at the city of Moss Point’s Riverfront Community Center, which is located at 4400 Denny Street. 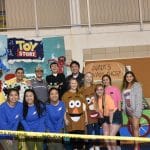 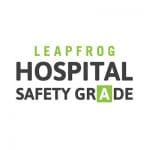