There were several large gatherings of prep hoops teams in the “Southern Six” on Saturday as both Harrison Central, St. Martin and Vancleave hosted one-day events featuring multiple games.

The host HCHS boys knocked off Gautier 64-34. Red Rebel Trevon Deans scored 12 points and picked off 8 steals to be named Player of the Game. Caden Ragins and Aujaylen Barron each chipped in 10 points apiece to the winning cause. Quincy Roberts paced the Gators with nine points.

Moss Point knocked off Helen Cox (New Orleans) 55-43 as standout big man Kedrick Osby tallied a game high 21 points for the Tigers in the winning effort and was named the Player of the Game for his efforts.

In the only girls game of the night, Poncahtoula (La.) beat Harrison Central 54-47.

Ocean Springs nipped Hahnville 59-53 in another close contest, as Starr Jackson scored, you got it, 23 points to pace the Lady Greyhounds.

The host St Martin squad beat East ‘Iberville 62-40,  as Jay Robinson tallied a game-high 19 points to pace the Yellow Jackets while Mia Morro and LaDymein Lafayette each chipped in 12 points apiece for the Lady Yellow Jackets.

In the final game of the evening, Jackson Callaway beat Pascagoula 62-47. Pascagoula’s A’miyah Hedrick poured in a game-high 26 points for the Lady Panthers.

In Vancleave, Christian Collegiate won the boy’s championship in the four-team affair beating Bay High 31-21 Saturday. The Tigers did beat Petal 45-37 Friday night. The Petal girls won their side of the bracket by beating Bay High 28-26 Friday and then knocking off host Vancleave  41-17 Saturday.

In other action around the “Southern Six, the Gautier girls beat Pearl River Central 54-33 over the weekend. PRC won the boys game 54-33. 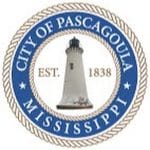 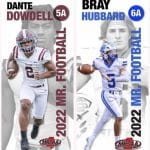