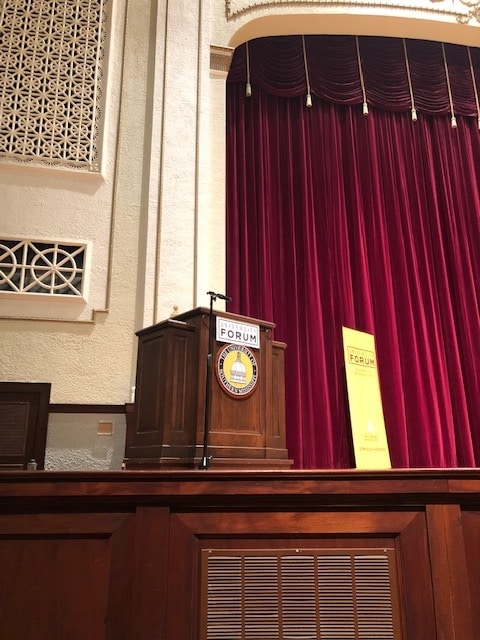 Every year, the University of Southern Mississippi invites various speakers to campus for what they call University Forum. It is open to anyone who is willing to come and provides a great opportunity for students to broaden their knowledge and hear new perspectives. On Sept. 17, the speaker on campus was 19-year-old Samantha Fuentes, a survivor of the Parkland shooting and current gun violence prevention activist.

Fuentes began by introducing herself and explaining that she did not give much thought to gun violence until it was something that affected her directly. The Parkland, Florida, shooting happened on Valentine’s Day of 2018. In a recounting of the event, she explained how the classroom suddenly felt like a “warzone” as they realized that they were in legitimate danger. She described it as a cinematic movie scene – nothing felt real. Then, she realized that some students, including Fuentes, herself, were injured, while others had lost their lives.

“Now, my life revolves around this moment,” she told the audience. She later emphasized that she had no control over how this event has shaped her life. However, she chose the path of sharing her story. She is doing this to help spread awareness and also explained that sharing one’s story can be its own “form of healing.” Fuentes wants to show people what gun violence looks like, and she confirmed that is another reason why she is so willing to speak out.

After her introduction and retelling of the event, Fuentes sat down with one of Southern Miss’ administrators to have a conversation regarding her situation. In this conversation, Fuentes revealed that she, previously, wanted to be a teacher. Now, however, she does not think she will feel comfortable in a classroom in the foreseeable future. Although she had her struggles before the events of Feb. 14, Fuentes shared that it completely changed the direction of her life without her choice. Now, she is passionate about being an activist even though becoming one was not a conscious decision.

When asked about her frustrations and hopes regarding being a gun violence prevention activist, she was extremely quick to clarify her position with the audience. She explained that she is not proposing we take guns away. Rather, she is proposing that there are more strict regulations, and we make certain that those who have guns are qualified and mentally stable.

Fuentes then used herself as an example, referencing her post-traumatic stress disorder and how that does not currently prevent her from buying firearms. Her second frustration was the misrepresentation of gun violence in the media. Although most people are quick to think about mass shootings, she informed the audience that 61% of gun violence manifests itself in the form of suicide. She is, however, very hopeful. Fuentes was glad to say that the conversation of gun violence is becoming political; she explained that when things become political, people are more likely to enact change or vote for people who will enact change. Also, she is grateful for the corporate support, which shows that the average citizens sharing their opinions can make a difference: “If we complain to companies, they will listen”.

Throughout the forum, audience members were asked to write questions on index cards or live-tweet their questions so that Fuentes could easily access them. While answering these questions, she expressed that not everyone in her life has been supportive. She also elaborated on the word “desensitized,” and explained that it is better to have this conversation and address current issues rather than become numb to them.

Not everyone in the audience agreed with Fuentes’ perspective. In the face of disagreement, she was poised and revealed that she enjoyed hearing the opposite perspective so that she could better understand theirs and her own. The argument presented to her is that which explains that it is safer for people to have guns so that they can protect each other and themselves. In response, she reinforced that she does not wish to see everyone’s guns confiscated, but would rather see them be better regulated.

Towards the end of the seminar, Fuentes gave words of advice to young activists and teachers. To the activists, she advised them to follow through, and be confident in being what they are. To the teachers, she advised them to be open and honest about safety drills with the students, re-evaluate safety standards, and be prepared for the drill to possibly fail. As part of the conclusion, Fuentes stated that in order to find a solution to a problem, we must “figure out where it is coming from.” Fuentes also mentioned that she not only works to alleviate the issue of gun violence, but other trauma, as well.

Afterward, I got the chance to meet with Fuentes, who was very kind. I asked her for a closing piece of advice, and she thought for a moment before settling on, “Just do it!” – a reference to the advice that she previously gave to young, future activists to make a change. 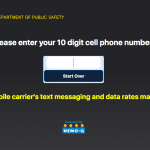 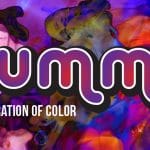