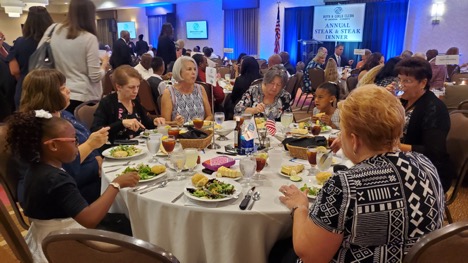 Sarah Bailey Thomas, one of Pascagoula’s favorite daughters, was home again the evening of July 16. Before a packed crowd of over 350 at the Hilton Garden Inn, Sarah was the keynote speaker for the 27th Annual Boys and Girls Club of Jackson County Steak and Steak Dinner.

Most around here know of Sarah’s exploits, but let’s have a quick recounting.

When Sarah was back working in Pascagoula, after college, she, like most high-level athletes, wanted to continue playing a little ball. Therefore, she found a team and started playing in the City League, a then-thriving basketball operation for post-scholastic players (whatever happened to that league?).

As you might guess, Sarah was the only female participant. She competed quite well until, mid-way through the season, she was told by league officials that she could not play anymore, that this was a men’s league. There was a big debate about this decision, and perhaps we’ll discuss that another day.

Frustrated with her exclusion, Sarah sought other outlets for her love of sports. She attended, with her brother Lee, a meeting of prospective high school football officials in Pascagoula. The rest, as they say, is history.

Sarah quickly became an excellent high school ref, then started being noticed by the colleges. An outstanding run at that level, including C-USA games and bowl games, led to interest from the National Football League. In 2015, Sarah made history by becoming the first-ever female game official in the NFL. The last four years, although a whirlwind, have been both exciting and gratifying for Sarah, and earlier this year, she added to her firsts, by officiating a playoff game. Along the way, she has accumulated many awards and accolades, including being named ABC World News Tonight’s Person of the Week.

I got to know Sarah a bit when she was inducted into the Pascagoula Athletic Hall of Fame a few years back. I have always found her to be very bright, engaging, sincere, and one who loves her hometown. The other night at the Boys and Girls Club event, these attributes were all on display.

The huge crowd was enthralled as she recounted her journey to her present position. She spoke directly to the many Boys and Girls Club members in attendance, who are age five to 18, and you could tell she was getting through to them. 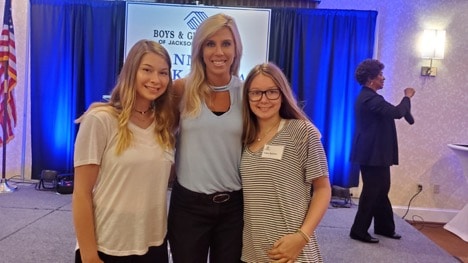 Sarah talked to the kids about perseverance. “My journey has not been easy—I’ve received a good bit of push-back every step of the way,” she said. “ No matter what your gender, race, or background, you have to hang in there and work hard to get what you want.”

One story she told was priceless. On the viewscreen, we saw a picture of Sarah right in the middle of a fight between players from the Cowboys and Falcons, breaking it up. “My fellow crew members were worried about me getting hurt. I just jumped in there and used my ‘mama voice’ , and they backed off pretty quick”.

Over the years, I’ve been to a lot of presentations/ keynote addresses of this nature. Sarah gave one of the best talks I have ever witnessed. She used no notes, connected with the audience immediately, and spoke with great passion.

Perhaps my favorite part came right at the end. “My career has been great, and all the honors are nice,” said Sarah, “but what I am is a Goula girl, and I’ll always be a Goula girl.”

Hey, that about says it all. Sarah Bailey Thomas is a shining light for our city. She loves Pascagoula, and Pascagoula loves her right back. 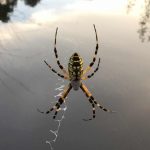 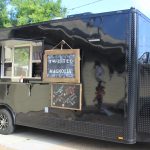