Prohibition was first attempted in the 19th century, however, it was not put into action from 1920 to 1933. Many of the Protestants and several in high governmental positions saw alcohol as leading to the downfall of the nation.

Beginning in 1920, the production, importing, transporting, and sale of alcoholic beverages was prohibited in the United States. There was a nationwide constitutional ban on this libation, but as with just about anything that is prohibited against the wishes of the public, citizens found a way around the constitutional ban. Speakeasies began popping up all across the nation where there was secretive production and enjoyment of the spirits.

As we know, Prohibition didn’t last very long — just a little over a decade or so, and alcohol was once again legalized. So it’s ironic that one of the most popular breweries in the Hub City has taken up the name of Southern Prohibition or “SoPro” as it is often referred to as. After a law was passed in 2012 raising the ABV cap in the state, some entrepreneurial gentlemen decided to bring their own brewery to downtown Hattiesburg.

Benjamin Green, head brewer and brewmaster, was brewing at the Keg and Barrel at the time, but he “linked up” with Quinby Chunn, who had plans to open a brewery.

“We were the second brick and mortar brewery in the state and the first to use cans,” Green said of their monumental start in within the state. Quinby Chunn is the primary owner of the brewery, but Green said that “several key employees now have ownership in the establishment as well.”

When SoPro opened its doors in 2013, it started out making two types of beers: Suzy B Blond Ale and Devil’s Harvest Pale Ale. But the brewery has increased incredibly in its offerings and popularity since those early beginnings. Green said those two primary beers are still offered at brewery today but “the Devil’s Harvest Pale Ale is much different than its 2013 version.”

Green, Chunn, and staff were amazed at the extreme support that the community offered them when they first began.

“Hattiesburg and Mississippi, in general, opened its arms immediately and embraced us as a local staple that they could be proud of,” Green said. “Hattiesburg has always been a drinking town! When we first opened up, we hit the ground running sending cans and kegs out to all the supports in town.”

They were so touched by the positive reaction and support from the community, they wanted to show their appreciation for embracing and supporting the brewery so incredibly. In 2015, the taproom was opened at SoPro, allowing them ability to sell limited draft in-house brews along with limited cans to go. SoPro was so successful that it had to work hard to keep up with the support of the city.

“We had food trucks on site for ever changing food options with the seasons, and I am proud to say after a new law passed last year, we are putting in a full kitchen, have hired a chef and will now offer cocktails, wine, and all the delicious beer we make on site,” Green said. “Although production is still producing beer to send out to our 5 different states we supply where we stock bars, grocery stores, and gas stations, the taproom is still closed as we are currently training kitchen staff and bartenders. We plan to open in the next couple of weeks and will announce all the details via social media very soon.”

Due to the extreme success of Southern Prohibition, it has been under reconstruction to add more room to the beautiful historic looking building but they will never lose their warm Southern hospitality to guests. The barrels and kegs stacked against the historic looking brick walls almost make you feel as if you’ve stepped back in time. It is truly a beautiful location, and the staff can’t wait for all the new additions to be premiered.

Southern Prohibition is a unique spot in the Hub City where you can grab a drink and enjoy the company of the community. But it is unique in many other ways too.

“We are different from other locations because we are a manufacturing facility that can sell our freshly made products on site,” Green said. “We mix in a whole new industry in the form of the hospitality industry with our taproom. Mississippi does not have many breweries, and we pull in many out of towners and locals alike.”

Saturday, May 21 will be a special night for SoPro, and you don’t want to miss out on the events. As they celebrate their 9th anniversary, Green said that they will have “several special made brews available only at the taproom along with some of our new merch!”

Make sure to make this date on your calendar. It is sure to be an unforgettable evening. 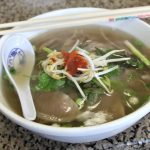 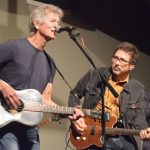