Legend, history, and lore, and of course football, will come together in an exciting affair this Saturday, November 6 “between the bricks” at Laurel High School as the Tornadoes host the Centennial Celebration of the Little Brown Jug game against the Hattiesburg Tigers.

The battle for the Little Brown Jug is always a big event each year, but this year will be a stellar celebration, bringing heroes from the past, present, and future together. Without a doubt, this is a premier rivalry.

The history of this special game holds many memories for many fans, coaches, cheerleaders, band members, Laurel fans, Hattiesburg fans, and anyone who loves a great battle on the gridiron. The Tornadoes and Tigers played for the first time in 1922 and have never been stopped despite hurricanes, world wars, or other disasters. Even when Hurricane Katrina brought damage to both schools in 2005, the two teams played. This is the longest rivalry in the state of Mississippi.

The legacy of this game holds great meanings for each school. Traditionally played on Thanksgiving Day, this was the game of the year for the state of Mississippi. It was such a major event that families timed their Thanksgiving dinners around where the game was located. If the game was played in Hattiesburg, it was an early turkey dinner for the family in Laurel as they bundled up to head to the Hub City, and vice versa.

How the “Little Brown Jug” got its moniker is one of detention. Some officials from the Hattiesburg Athletic Department believe the name stemmed from back in the days when the train was the main mode of travel. It’s said that two men always traveled to the game and would bet a jug of whiskey on the outcome. Contrary to Laurel legend, some believe the name came from Michigan and Minnesota’s annual rivalry game for the “Little Brown Jug.” Despite the differing theories, the Little Brown Jug game is one of the biggest events each season.

The history of the Laurel High School stadium has as much history as this legendary game. According to the MDAH HRI, the Municipal Stadium as it was called then was designed by L.W. Duffee and built in 1930 by L.A. Gilly. In 1938, the name changed to R.H. Watkins Stadium, and the masonry stands were completed in 1939 to accommodate at least 6,000 spectators. To say my family has extremely strong ties to the stadium is an understatement. Most of my family and all of my siblings graduated from Laurel, and my paternal grandfather was working with the WPA and helped lay bricks “Between the Bricks.” I think there’s a little blood, sweat, tears and pride in our stadium, making every Friday night under the lights there just a little bit more special. The stadium also holds the distinction of being the first stadium in the state to have electric lights installed, bringing it truly Friday night lights to Laurel.

Legends have run the pigskin up and down the gridiron, and several have gone on to play in the National Football League. Inspiring and devoted coaches have paced the sidelines Between the Bricks, and many of those legends will be there to commemorate this momentous occasion. Get a chance to see some of your favorite players, coaches, and Laurel and Hattiesburg supporters. This is one event that you simply do not want to miss.

Festivities begin at 4:00 pm, Saturday November 6, 2010 with Battles of the Bands and Battles of the Cheerleaders, and legendary Tornadoes and Tornado coaches will be there to help represent the Laurel Tornado Pride. Game time is at 7:00 but events are planned throughout the day, and there will be fireworks after the game. Despite whomever gets the honor of holding up the Little Brown Jug at the end of the game, this is a once in a lifetime event that you definitely don’t want to miss despite what school you represent. This is an historical event that will add to the legendary history of the Little Brown Jug. 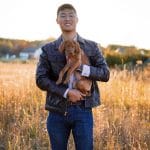 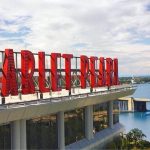