As one of the most sacred holidays for Christians is here, the world seems abloom with lovely flowers, colored eggs, baby chick and bunnies. For many, Easter is a time to get a new dress, wake up early to see what the Easter Bunny left in your basket, and Easter egg hunts. While those are all fun and gives us all a holiday to look forward to spending it with family, many aren’t aware of the true meaning of Easter and what the special symbols of the season truly mean.

Easter is a precious time because Jesus faced persecution, pain and mockery to wash away our sins. It is so hard to believe that this perfect man was treated so cruelly, beaten, and hung on the cross with a crown of thorns to die for us that Friday. But the most amazing and sweetest miracle was that Sunday when the ladies that followed him came to his tomb to prepare his body for burial, but to their surprise, the stone on his tomb had been rolled away. Jesus was alive, and the ladies were so filled with joy that wept with tears of happiness. They were told to tell everyone they saw that Jesus had arisen from the grave, proving he was truly King and those that believed in him would have everlasting life.

It’s so heartbreaking to think what he went through just to save us all from death. The Easter story is a story of miracles upon miracles. While many of us heard this wonderful story of crucifixion in Vacation Bible School or Sunday School and church, this miraculous event and the love is often overlooked by many and Easter has often become more about the Easter Bunny and baskets of goodies. But the true meaning of the season is Jesus and his love for us.

But we are very fortunate that the Good Lord has given us some very prominent and moving symbols to remind us of the true reason for this season.

Here are 14 symbols of Easter that are based in this glorious season:

Most of these symbols are still alive today during our Easter celebrations, but many people (like myself) really never took the time to really consider where the traditions came from and their ties to the resurrection of Jesus and his emergence to a new life. I’m sure there are more traditions that families use in their celebrations or churches use to commemorate the Easter season, if you know a few more, drop down into the comments and let us know how your family has celebrated Easter or other symbols of the new life that the spring season and Easter bring, but always remember the true reason the season and give thanks for the great sacrifice that was made to ensure that we would find everlasting life with God. 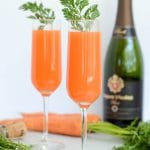 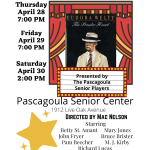