Two months ago, Lucedale native Eric Moulds was inducted into The Mississippi Sports Hall of Fame.

It was just over three decades ago, though, that Moulds first gave notice to his home state that he would be a force to be reckoned with on the playing field for years to come.

Moulds was a multi-sport standout for George County High School as his senior season began in 1991. Up to that point, though, the 6-foot-2 muscular speedster was known for his exploits on the basketball court as much if not more so than on the football field.

But all of that changed 31 years ago this week, on Sept. 20, when Moulds and his Rebels traveled to War Memorial Stadium in Pascagoula to take on the home-standing and perennial state power Panthers. It was not only George County’s first year playing in the highest classification in the state, Class 5A, but it was also the first region game for the Rebels in their new surroundings.

“Without a doubt, it was a game that put George County High school on the map in football statewide,” long-time GCHS coach Darwin Nelson, also a GCHS graduate, said. “It was an outcome that not many people believed would ever happen. It stunned a lot of people.”

That’s because Moulds helped guide the Rebels to a stunning 20-17 overtime win over Pascagoula. Moulds threw the game-winning touchdown pass to Jarmin Cochran on a double pass from quarterback Marty Howell on fourth down in the extra session.

“I think it certainly made everyone sit up and take notice,” Moulds said, in a telephone interview. “Any time a smaller school like us can step up and play a big powerhouse like Pascagoula and win then it solidified us as a program to be dealt with. It proved to everyone that we could play with the big schools.”

Pascagoula was just four years removed from an unbeaten, state championship season. The Panthers also had advanced to the Class 5A South State semifinals two of the past three preceding seasons coming into the 1991 campaign.

“We weren’t intimidated at all, in fact having a smaller team kind of helped us grow closer like a family,” Moulds added. “It was a game that I will always remember.”

The win pushed the Rebels up to 5th statewide in the Super 10 Poll as published by The Clarion-Ledger. At that time, they were the highest ranked team in South Mississippi in that poll. But the major upset win not only boosted George County’s status on the state-wide level, but did the same for Moulds personally.

“In my opinion, it was the game that changed Eric’s trajectory in athletics,” Bruce Thornton, another GCHS grad and longtime coach in the school system, said. Thornton is now the play-play radio announcer for GCHS.

“He was already well known in basketball, and for good reason, but that game really let everyone in the state know that his future was on the football field.” Thornton continued. “It garnered a lot of attention for George County, I mean I remember t-shirts being printed up. It was then, and still is, a big moment in the history of the athletic program overall. We had enjoyed a lot of success in football, but that was the first time that we stood toe to toe with one of the old Big Eight Conference powers and threw a knockout punch.”

At that point, George County had yet to win a playoff game since the statewide playoff system had been implemented 10 years before.

But on that night, Moulds, Howell and tailback Adrian “Rooster” Lawrence and their George County teammates shocked the prep football world on a September evening in Pascagoula. On fourth down and goal to go from the 25-yard line, Moulds took the lateral pass from Howell and found Cochran in the end zone to secure the win. Moulds and Howell hooked up on a pair of scoring strikes in regulation, one from 69-yards out and another from 19 yards, and then Howell found Lawrence open for a two-point conversion that tied the game and set up the overtime.

“I like to think it paved the way for the teams that came behind us,” Moulds concluded. “Hopefully it gave them confidence that George County could play with anyone.”

Moulds went on to be named First Team All-State by the Mississippi Sportswriters Association. He also continued to dominate yet another season on the basketball court as his high school eligibility ran down and he signed a football scholarship with Mississippi State.

In Starkville, Moulds caught 117 passes for 2,022 yards in a ground-oriented offense for head coach Jackie Sherrill. He also excelled on special teams as a kick returner, leading the nation in kickoff returns in 1994 averaging 33 yards per return.

He was a first round draft choice of the Buffalo Bills in 1996, and went on to play 12 seasons in the National Football League where he caught 764 passes for 9,995 yards and 49 touchdowns. Moulds made the All-Rookie team in 1996 and played in three Pro Bowls later in his career. He earned All-Pro honors twice.

And all of it began 31 years ago this week in Pascagoula. 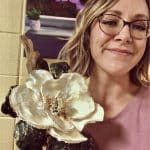 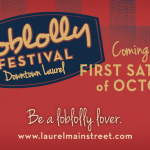