While watching Blue Bloods the other night, I couldn’t help but think about the Perfect Prescription cookbook. The common ground here is Tom Selleck.

Selleck and his trademark mustache first caught my attention in the 1980s when he starred on Magnum, P.I. The show was set in beautiful Hawaii and Selleck was voted one of the most handsome men in America around that time. For eight seasons he played a private investigator named Thomas Magnum who wore Hawaiian shirts, drove a Ferrari and could steal an audience by raising two bushy eyebrows.

I’m not a big television viewer. I enjoy quality news shows and a good dramatic movie every now and then. However, my husband and I do like to occasionally watch an episode or two of a series whether it be current or a past airing. Modern day TV applications make it possible to view a movie or show at our own convenience as opposed to the old days when shows were available only at specific programmed times on one of the three major broadcasting companies, CBS, NBC or ABC.

Currently my favorite show is the police drama Blue Bloods which has aired since 2010 making it one of CBS’s longest running shows. However, because I’m not an avid television viewer, I only discovered it a year or so ago and am still getting caught up on old showings. Luckily, it’ll begin its 13th season this fall. Selleck is the star of the show playing the role of New York City Police Commissioner Frank Reagan. His daughter is an assistant district attorney and his sons are cops.

Selleck has aged since he played Magnum decades ago, but he’s still got the signature mustache and eyebrows, and he is still tall, dark and handsome. His lifelong acting career has also made him a rich man.

That’s where the Perfect Prescription comes into play. George County Hospital employees and auxiliary members published this cookbook in 2003. One of the recipes is called the “Tom Selleck Cake: Tall, Dark and Rich.” It was submitted by Anna Buttrill. If you have one of the cookbooks, you’ll find it on page 324. If not, you’ll find it below.

From the Kitchen of Anna Buttrill

Directions: Prepare cake mix according to directions. Bake in a greased and floured 13×9-inch pan. Poke holes in hot cake; drizzle the can of sweetened condensed milk over; then the jar of hot fudge sauce over that; when cool, spread the Cool Whip on top. Crush Heath bar and sprinkle on top. 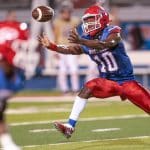 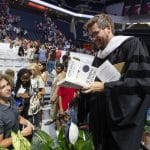