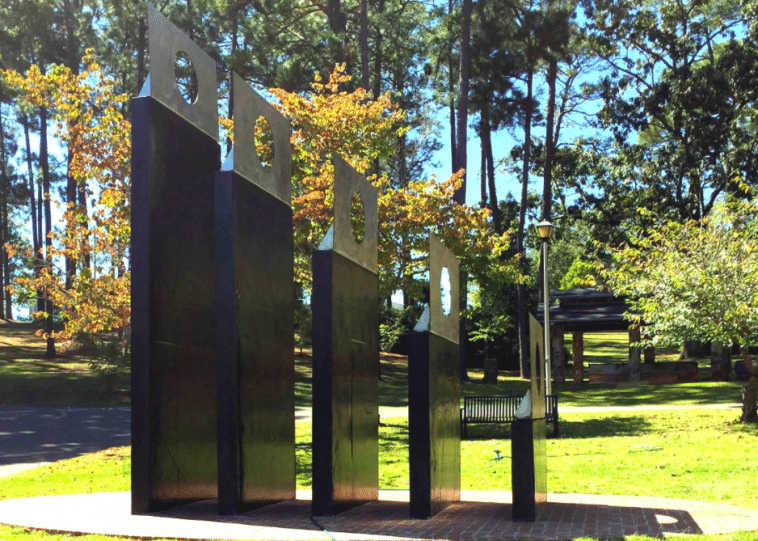 Veterans of United States military operations are commemorated at a unique memorial in Lucedale City Park thanks to the late Jim Corley.

An engineer and artist, Corley designed a set of five pillars through which the sun’s rays pierce precisely positioned holes of each pillar casting a solar spotlight on a Veterans Administration insignia at 11:11 a.m. on Nov. 11 each year. Of course, the act is dependent upon sunny skies; however, it truly works when the sun shines.

Some years, official programs are planned at the memorial. In other years, because it is a public site, individuals and small groups have gathered to view the memorial at the time of the illumination. In the past, Veterans Day has been acknowledged in Lucedale with parades and with programs at the park’s memorial pillars. Veterans Day 2021 will be largely celebrated the Saturday prior to the official holiday with recognition of the 100th anniversary of the Howell Grantham American Legion Post 53. Veterans are invited to attend the celebratory luncheon. However, there’s still an opportunity for any and all to witness Corley’s tribute to veterans on the actual holiday.

Corley got the idea for the memorial from a similar marker in Anthem, Arizona erected in 2011. Corley’s went up in 2015. He worked with city employees to create five concrete pillars, each six feet wide and of varying heights. The tallest extends 13 feet. Corley used mathematical equations to determine how high each must be and the alignment of the holes to allow sunlight to gleam through all five at exactly the correct moment.

Veterans Day, once called Armistice Day, marked the end of World War I. That Great War was to have ended all wars. Around 5 a.m. on the morning of Nov. 11, 1918, allied countries reached an agreement with Germany to cease hostile conflict. That armistice occurred later that morning when hostile weapon fires were silenced at 11:11 a.m. on the 11th day of the 11th month that year.

The historical moment has been celebrated every year since that day. In addition to the United States, several other countries also recognize Armistice Day with some calling it Armistice Day and others calling it Remembrance Day. However, the United States has called it Veterans Day since 1954, when President Dwight D. Eisenhower declared it a day to remember all who have served to safeguard our nation. It’s a day to honor not only those who served in World War I, but those who served in previous wars and those who have served in wars since that time.

Corley’s memorial is magnificent to view any day of the year, but if you have a chance to watch the sun shine through the pillars on the 11th day of the 11th month at 11 minutes after the 11th hour, it’s definitely worth the view. 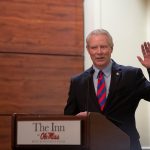 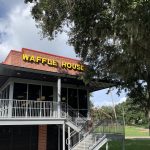