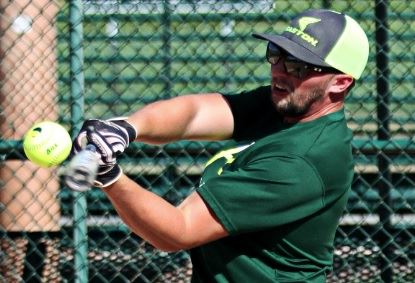 Photo courtesy of the City of Southaven's adult softball league

I have a question that nobody seems to have an answer to: Whatever happened to the city league softball program that once flourished in Pascagoula and other cities up and down the Mississippi Gulf Coast and throughout the south?

Men of a certain age know what I’m talking about. Back in the day, there was a vibrant recreational softball league here with numerous teams, games most nights of the week, and championship tournaments. Somewhere in there (the 80s? the 90s?), the program started to drift away to the ultimate point of nothingness.

(Writer’s note: yeah, I’m talking about a men’s league here. Anybody who knows me can tell you that college softball, played by ladies, is one of my favorite sports. Heck, I wish that women’s and men’s leagues were operating locally today. This column happens to be a look back to the strength of the previous softball program in town and pondering what happened to it.)

Let’s look back to the spring of 1973 when a confluence of friends, who had grown up in the Pascagoula area, was beginning to come back home to start careers and wanted to stay active in sports. We knew that the local softball league maintained by the Recreation Department had always been strong, so we turned our attention there.

John Corlew, then a local attorney and state senator, came to me and said, “Lucas, we’ve got to form a softball team and get in the league.” Thus, we drove down to the Rec (as the department and building were called) to sign up, not knowing what we were getting into.

The nice lady in the office told us that there were actually four leagues operating—A, B, C, and D, ranked by skill level. She informed us that we were a bit late and that all the leagues were full for that year. However, one of the A League teams had dropped out, creating an opening. We probably didn’t want to try that, though, she said—that was the very top league with the best teams.

Corlew and I said, “shoot, that’ll be fine.” All of our gang had played a good deal of baseball/softball, including being pretty good in intramurals in college. The lady said, “well, OK, that’ll be a $100 registration fee, and who’s your sponsor? You have to have a sponsor.”

In one of those cool moments in life, John and I grinned and looked at each other, and said in unison, “Kiamie’s”. Kiamie’s was a late-night greasy spoon hangout in Oxford a lot of us frequented at Ole Miss, so we figured that was as good as any since we didn’t actually have a sponsor. Corlew whipped out a Benjamin, and Kiamie’s was in the A League.

So, we show up for our first game in college jerseys or tee shirts, tennis shorts, or cut-offs. The other team had these beautiful uniforms and went through pre-game drills like the Yankees. Then, they beat us like a drum. The score was 15-4 or something like that. Now, we were beginning to understand what the lady meant when she raised her eyebrows about the A League.

I mean, we were not bereft of talent. I’m sure I’ll leave somebody out, but that first squad had Alan Bush, Johnny Kinard, Mike McElhaney, Donnie Waldrop, Greg Hust, Sonny Pickett, Jim Backstrom, Roy Myers, Gary Stevens, Bob Ramsay, and others. We were decent athletes, pretty good softball players, but these other teams were serious. They had played together for a while, practiced regularly, and were out there to kick tail and take names. We finished that season 2-14, but we had fun and somewhat learned the ropes.

The next year, we found an actual sponsor—Dick Sutherland Realty (thanks to team member David Stewart)—and got real uniforms, added a couple of players like ace pitcher Ernie Schroeder, and moved down to the B League. We got progressively better, and in the season-ending tournament, including teams from all four leagues, we made a run and went all the way to the semifinals.

For the next several years, Dick Sutherland Realty became a good, solid, mid-range team in the City Leagues. At one time or another, we added players like Bill Kouns, Rusty Lachaussee, Larry Myers, Jamie Odom, Jim Lewis, Dale Harkey, Mike Moore, Greg and Butch Spyridon, and many others. We even hired Mike Khayat as a non-playing manager. Most importantly, we had a blast.

We wanted to play well and win, but we wanted to have a good time too. After most games, we would congregate at Flick’s, a popular watering hole on South Market Street to refresh ourselves. We went down the Gulf Coast to play in district tournaments and had eventful season-ending parties. It was all good as we stayed in shape (somewhat), got to play a lot of ball, and experienced wonderful camaraderie.

Eventually, one by one, we all started to step away from softball. Kids and family activities were now taking precedence, and careers were becoming more demanding. Tennis and golf were replacing softball and basketball as our major participation sports.

Due to the above shifts, I kind of lost track of city league softball. The games continued on, with different (and younger) players, but not being involved, I didn’t notice any trends. Then, all of a sudden it seemed, the leagues were gone. Where did they go? Were the circumstances I cited for my friend group the main reasons for the decline and demise? Were there other factors driving the situation? I’m not sure, but it just seems somewhat of a mystery to me.

Understand, we’re not talking about something that was a flash in the pan here. Recreational softball was a vibrant part of leisure life in Pascagoula for at least a half-century. When I played, there were the four leagues with, I believe, six teams each and about 12 men on each roster. Do the math: that’s almost 300 guys heading to the fields several times a week for about three months every season.

I guess it’s all about the evolution of present-day culture and the changing needs of a community. Maybe one day, organized softball for men and women will return to Pascagoula and similar venues across the country.

What I know for sure is that once upon a time, the lads on Kiamie’s and Dick Sutherland Realty enjoyed the heck out of hitting the red clay diamonds on Louise Street, patrolling the lush green outfields, and gathering together to revel in a game well played and an evening well spent on a spring or summer night in Pascagoula.

(One more writer’s note, and it’s a pleasant one: Totally randomly, after I had written the draft for this column, I found out that the City of Pascagoula does have a plan to roll an adult softball league back out in the near future. For information on the league, contact David Bates, City of Pascagoula Athletic Director, at 228-218-1948. Hey, maybe it won’t be long before we’re saying “play ball” again.) 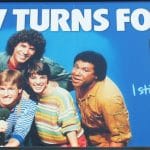 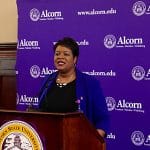